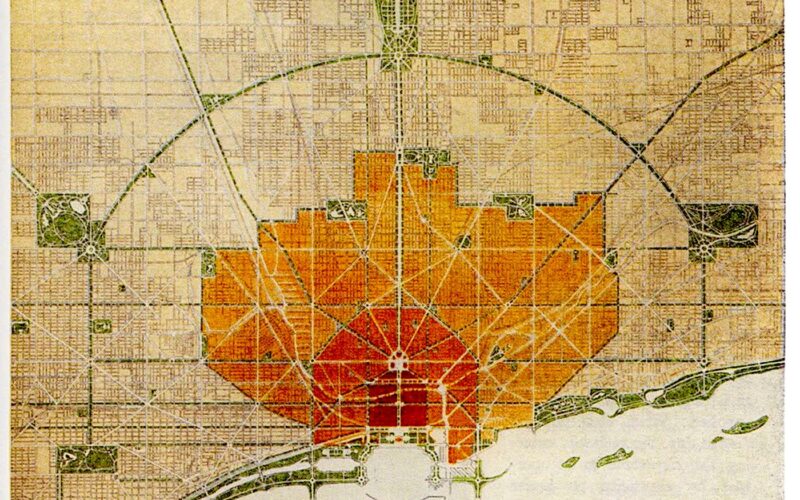 In 1909 Chicago changed dramatically both physically and intellectually. Having grown through fits and starts via annexation and experiencing the most rapid population growth of any city in history, to that point, the Chicago City Council approved a new street and address system in 1908. The new address system took effect in 1909 and employed the Philadelphia and furlong systems to renumber, rename, and rationalize street names and addresses across the city.

1909 also ushered in a momentous intellectual shift in perceptions of what Chicago was and could be. Authored by architects Daniel Burnham and Edward Bennett The Plan of Chicago offered an idyllic and revolutionary vision for Windy City that still resonate. Join us in this episode as we interview cartographer, historian, and geographer Dennis McClendon to delve into these concrete and esoteric plans that forever changed the physicality and vision of Chicago. Plans and improvements that are still relevant and reverberate acros Chicago’s streets, city planning, development and architecture to this day.